It all began in a little Hydroponic store in Tacoma Washington. Early on in the medical days I would donate time in exchange for garden equipment at my local hydro store. Day after day familiar faces would always come in asking for the best thing to kill bugs or powdery mildew. This was a common practice back then being as most medical patients trying to grow their own medicine would find themselves getting their starts from the local clone guys. It was also extremely common for those same clone guys to carry a plethora of bugs, mildew, and disease. We all know that there isn't much you can do when you start a garden off with problems like any of those, similar to a wild fire just waiting to take down a forest.

Seeing this time and time again, I decided help with anything I could to assist my fellow medical patients success in producing medicine for themselves. That when I put up a small tent and attempted my first seed making project. I figured if I could give these guys a clean start from seed, and as long as they started with a clean room and didn't bring anything foreign into their areas, they would no longer have to deal with disease or pest nuisances destroying their hard work.


The first breeding experiment resulted in 3 strains, Supernatural, Essence, and Flurple. I brought these seeds with me to work and every time someone would come in talking about bug spray, or what to use to kill powdery mildew, I would hand them some seeds. I told them, go dump the junk, clean your room thoroughly, and pop these seeds. Most people would look at me kind of puzzled as if I were giving them some type of magic seed pack or something. To their surprise however, just about everyone who I gave them to, came back after having a successful cycle asking for more seeds.

After handing out free seeds for over a year I realized I couldn't keep up with the demand and began coming up with new projects and varieties that I thought would work well in the community. I was always looking for the best of the best. I wanted the biggest, frostiest, rank smelling flowers I could find, and it became an obsession of mine to find those possibilities. All I could think of day and night was what would come next and how I could get there in the process. Through a network of great friends, and an undying passion for greatness, Exotic Genetix was born and I couldn't have been prouder of what had been created.

Over the years to come the recognition began to follow. Cannabis Cups for best Flowers, Hash, and much more began to stack in our trophy case along with awards for best seed company and breeder of the year. Winning an award for just about anything in life is pretty damn cool, but being recognized by the industry, your peers, and satisfied customers makes it all worth it in the end.

This entire journey started out of love, passion, and desire for the plant. A constant drive to learn from past mistakes, and to gain knowledge and wisdom with every step taken. By continuing these very important values, putting out a quality product, and constantly striving for the best, I can only hope that the success continues for many years to come.

We’ve always had a relationship with cannabis products, but our mission didn’t start until a few years ago. The mother of Collin Bercier, our founder and the owner of Ounce of Hope, was diagnosed with Multiple Sclerosis. Collin’s mom fought both Polio and Multiple Sclerosis in her 65 years... Read More

Cann Drying Systems was founded specifically to develop drying and curing equipment for the legal Cannabis and Hemp industries. Designed for the largest in the world to relatively small grows, we specialize in providing our customers with all of the necessary equipment to optimize their existing... Read More 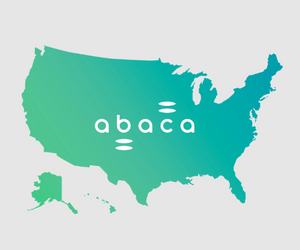 You can use your LinkedIn account to login to the MJBiz Industry Directory.